After a much too long hiatus from this blog (work reasons), I find myself beckoned back to my keyboard to discuss the Schrödinger’s Cat of movie franchises — a paradox that somehow manages straddle the line between existence and non-existence — Michael Bay’s Transformers. Today marks the release of the fifth installment in the film series, known as Transformers: The Last Knight. Diminishing returns on quality be damned, this franchise refuses to die a respectable death.

Last night, I paid to watch The Last Knight against my better judgment. I won’t mince words, it’s an incomprehensible mess like most of the Transformers movies (I reserve the right to argue that #1 is tolerable and Age of Extinction boarders on masterful for about 30-40 minutes). Chances are good it will prove a global success this weekend (relatively). I wish that weren’t the case, but that’s just how these things work.

Despite my negative feelings on the movie, I’m not saying audiences should avoid it. Quite the contrary, there are a few elements about The Last Knight that work. Those elements are completely cuckoo bananas, but they work and frankly NEED to be seen to be believed. Since I try to keep an open mind about such matters, I decided to make a list that breaks down the good and the bad of the movie. Feel free to take a gander after the jump, and if it intrigues you, maybe consider giving Michael Bay, Paramount, and Hasbro your hard earned money. If not, please avoid this movie like the script writer avoided including a discernible plot.

BE WARNED… SPOILERS AHEAD

1. Stanley Tucci as a drunk Merlin – Why someone thought it was a good idea to inject the King Arthur mythos into the Transformers universe is beyond me, but “the Tuch” is a treasure and he gave us drunk Merlin. We don’t deserve him.

2. Anthony Hopkins chews scenery like it’s his last meal – Hopkins delivers, by far, the most fascinating and enjoyable performance (caveat: for a human) in the film. Going in, I struggled to wrap my head around why Hopkins would ever sign on to do a Transformers movie at this point in his career. My first guess was the paycheck; second was that he’s just come to the point where he’s “Morgan Freemaning” roles (see also: Caine-ing or Aldaing). But no! This guy thinks Michael Bay is a “savant” (and, on some days, I’m prone to agree with him). There’s not many reasons to see this movie but I must confess something special happens when Hopkins is on screen. I personally like to think Bay lured him to join over a late bistro dinner in L.A.:

“Anthony, can I be honest? Don’t answer that because I’m gonna be honest. You’ve done shit your whole life, dude. How would like to play a part where you finally get to REALLY cut loose?”

“That’s flattering, Michael, truly flattering but I’m not sure this is for me. I’ve already done the robot thing with Westworld.”

“Total crap, A. Hops ; you just stand around talking slow the whole time. This role is the role of a LIFETIME! Total Oscar shit.

“You know I played a serial killer, right? And won an Oscar for it?”

“That was crap compared to what we’ll let you do, bro. You curse out people left and right and your sidekick is a sociopathic British robot.”

3. Cogman (a.k.a the best damn thing in the movie) – I didn’t know I needed a sociopathic, opera singing, organ playing, murderous  robot with a Napoleon complex, British accent and Deadpool flair in my life — now I can’t imagine life with out him.

That’s really all there is for the good. On to the bad.

1. Most of the new cast – Save for the two standouts above, almost none of the new cast makes a strong impression. Seriously, the most believable actors are the children. The rest of the performances feel phoned in. Wahlberg basically gives a “Mark Wahlberg impression” as his performance but doesn’t want to commit to the bit. Duhamel and Turturro are back again because they’re the only things that give this movie a sense of continuity.  I won’t bother mentioning the female representation because the film doesn’t seem to care to either. Also, how do you waste Jerrod Carmichael AND Tony Hale!

2. Shia Leboeuf’s (sort of) cameo – A silly photo? Really??? I never thought I would write these words but… this franchise needs to bring back Shia Leboeuf. Wahlberg’s presumably out after this movie and given the continued diminishing returns of this franchise, we could do a whole lot worse than to bring back an Mr. self-aware.

3. The story – How do you make a movie with both too much story and too little? I’m astounded. Let’s see if I can recap the story arc properly: King Arthur meets robots, the “magic is science and science is magic” explanation from Thor, find Merlin’s heir, talisman this, talisman that, Witwiccans (?), Megatron is thirsty, every human alive gets in the way, Optimus gets taken to the sunken place and turns evil, then good, and the movie ends with the the same monologue as LITERALLY EVERY SINGLE Transformers movie. Oh, and Unicron. There’s Unicron (pretty sure I warned about spoilers). 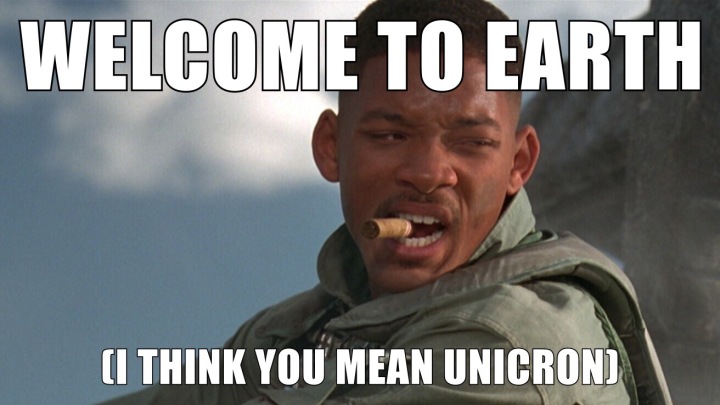 Unicron is mentioned several times and doesn’t show up once, unless you count the multiple shots of earth because Unicron is earth according to this movie. Unicron may also be taking the form of a woman in the desert.

5. Hot Rod – Apparently it was Michael Bay’s idea to make Hot Rod French so that he would have a distinct personality from the rest of the Transformers while opening up the cast to a more international audience. In principle, I’m on board for this. More diversity is always a good thing, but then I remember nuanced representation doesn’t exist in Michael Bay films. Ergo: 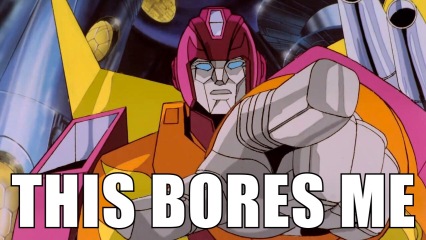 6. Bumblebee speaks, but is he saying anything – After 5 movies, and just in time for his upcoming spin off, we get to hear Bumblebee’s real voice. Not only does the voice sound weird coming out of the popular yellow Camaro, nothing he says really packs the punch it should. But honestly, if you didn’t care about the Optimus / Bumblebee fight before, him talking wasn’t going to change your mind, now was it?

Did you wind up going to see Transformers: The Last Knight?

Have I missed anything worthwhile about this movie? I’m sure I left out plenty of bad.

Feel free to sound off below, and before you go, enjoy one of the few good things there are left to enjoy about Transformers.

TRANSFORM AND ROLL OUT!

One thought on “Is The Last Knight Worth Your Time?”